Come out to the Center to enjoy camaraderie with other veterans, get assistance with veteran-related issues, play games, have donuts and coffee in the morning, and typically dogs and brats around lunchtime.

The Center is open on Wednesday and Saturday from 9:30 am to 5:00 pm. The Center is located at the VFW Post 423, 3230 S. Wagner Road, between Waters and Ellsworth Roads, Ann Arbor Michigan. Click HERE to go to their website.

Our American Legion Post, in cooperation with AARP and Feonix Mobility, is sponsoring free rides for veterans to any destination within Washtenaw County for essential services. Accommodations can be made for the handicapped, and those with service animals, walkers, and canes. Services such as doctor's appointments, auto repair shops if your vehicle is in for repairs, homeless visits to the VA and its outbuildings, etc. Our Post strives to serve veterans and the active-duty military in whatever form it takes. Call (734) 707-7785 to book a ride, preferably a couple of days in advance. One of our volunteers will answer the call and book a ride for you.

VA To Pay For All Emergency Mental Health Care

Starting Jan. 17, 2023  veterans in acute suicidal crisis will be able to go to any VA or non-VA health care facility for emergency health care at no cost – including inpatient or crisis residential care for up to 30 days and outpatient care for up to 90 days. Veterans do not need to be enrolled in the VA system to use this benefit. Read more by clicking HERE.

In our ongoing commitment to support the VA, and in turn our veterans, Ann Arbor Post 46 donated 50 gift cards to Volunteer Services. The cards were for Meijer, Kroger, and Walmart and will be used to support veterans in need as occasions arise. Shown here are Post 46 Commander Dave Draper, Volunteer Services Chief Kelly Pearse, and Post 46 Vice Commander Scott Nichols.

On August 11 Commander Dave Draper and Vice Commander Scott Nichols accepted an award from Fisher House on behalf of our post for the post's large financial contribution to the construction of the Ann Arbor facility. 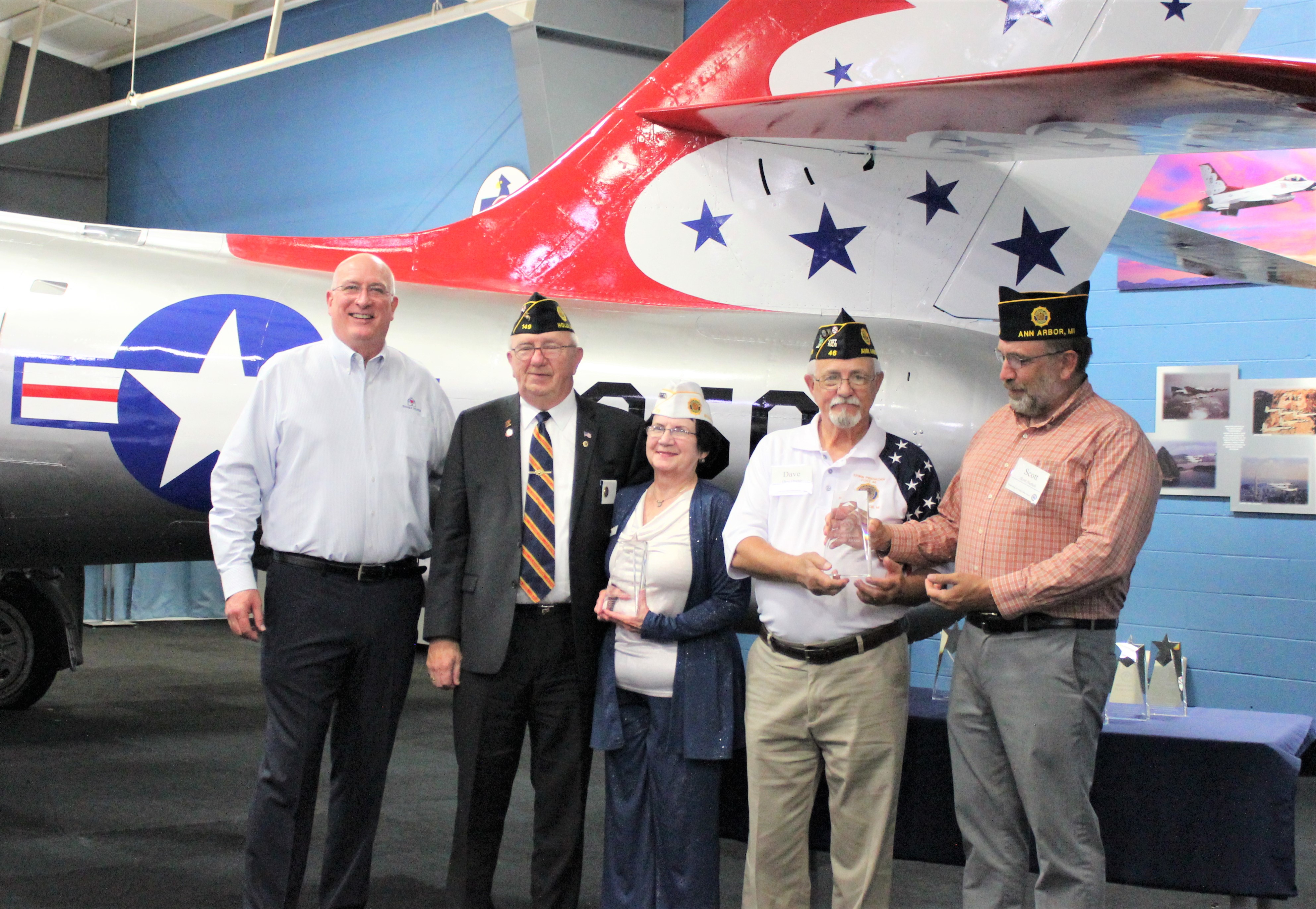 Patriots Award trophy shown here on the right. Several other individuals and organizations also received the same award for their financial donations to Fisher House for the construction of the Ann Arbor facility. The event was held at Yankee Air Museum. The evening started with drinks, hors-d'oeuvres, mingling with the attendees, and touring the museum. Then light food was served. After that, the awards were presented. The National Fisher House President David Coker was the emcee and provide the opening speech. Then the Assistant Director of the Ann Arbor VA Medical Center said a few words. The evening ended with some inspiring words from Fisher House Michigan Executive Director Kate Melcher and the presentation of a $500,000 check to Fisher House for the construction of the new Detroit Fisher House. Because of limited space on the property that they purchased, Fisher House has decided to build a 20-suite facility instead of 16. The awards were intended to be presented shortly after the Ann Arbor facility opened but due to COVID it was delayed to the present.

Post 46 sponsored a young man named Tamarus Darby Jr. to Boys State from Washtenaw County in Michigan. Near his completion, he was elected as the new President to Boys Nation. Tamarus attends Washtenaw International High School. At our August meeting, he was a guest and introduced himself, and thanked our members for sponsoring him. He has lofty political aspirations which include being a U.S. Representative and later, hopefully, President of the United States. Our post congratulated him, wished him the best of luck in his future endeavors, and we gave him a small donation to offset his fuel costs for upcoming visits to other high schools in Washtenaw County to make students aware of the Boys State program. 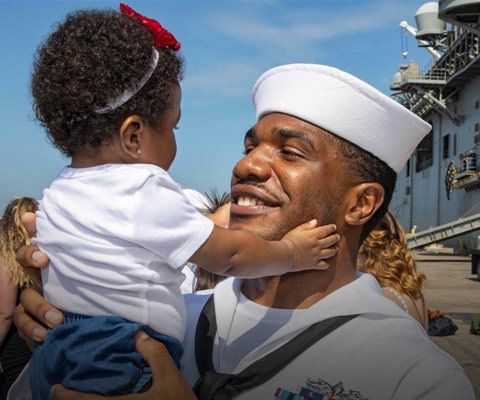 Veterans & Children
Foundation
You Can Help

As worn, tattered American flags need to be replaced, or as American Legion posts need flags to place on veterans' graves for Memorial Day, Emblem Sales advises to order early and please be patient with the time of delivery. Emblem Sales is shipping flag orders as soon, and quickly, as production is received.

The purchase of gravesite flags, as well as other outdoor American, military, POW/MIA, and state flags, flagpoles, and accessories can be made through American Legion Emblem Sales at americanlegionflags.com.

When you purchase your flag(s)  and designate Post 46 at checkout, our post earns rewards that allow us to offset part of the cost of future purchases that we make. 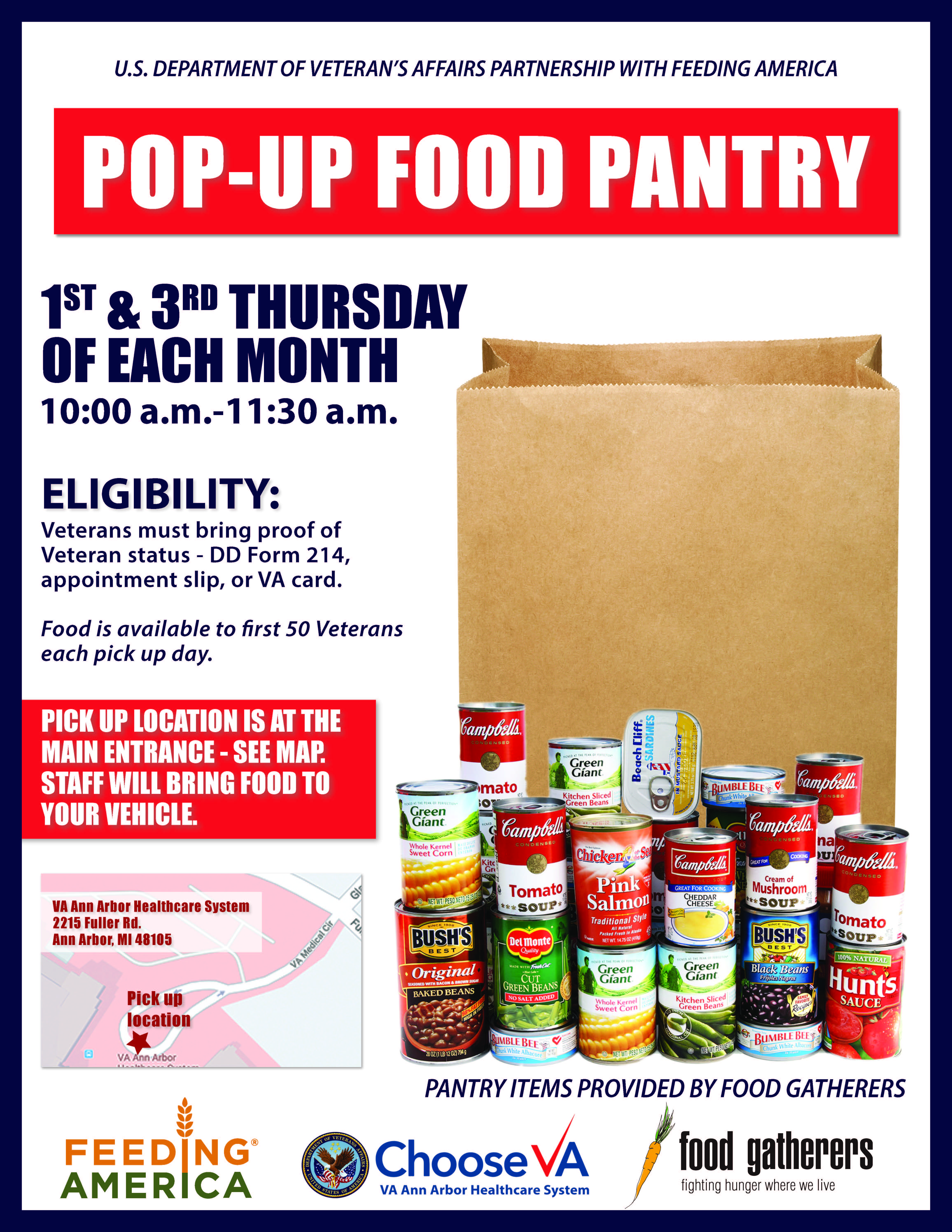 Partnering with Food Gatherers, the VAMC started a food distribution by-monthly event where veterans in need of food can drive up to the front of the VAMC and pick up boxes of food items. You will have to show some sort of proof that you are a veteran. The food will be available every month on the first and third Thursdays from 10 am to 12 pm. At their first event, they passed out around 40 boxes of food. More recently they loaded up 52 vehicles. Legion Post 46 has committed to helping on the first Thursday of each month.

The Ann Arbor Guitars for Vets is a national organization that helps veterans with PTSD cope through music. Students meet once a week for ten weeks to learn the art of playing a guitar. At the end of the ten weeks, the students receive a free acoustic guitar. The organization normally meets at the Ann Arbor VA Medical Center but because of COVID, they are currently meeting at the Ann Arbor VFW Post 423. Click on the logo at the left to see more pictures.

n the 2020 National Defense Authorization Act was signed by the president in 2019 and became Public Law 116-92, the Space Force was added to Section 101(a)(4) of Title 10, which now reads: "(4) The term 'armed forces' means the Army, Navy, Air Force, Marine Corps, Space Force, and Coast Guard. "Since Section 21703 stipulates only "Armed Forces" and U.S. Code now includes the Space Force in its definition, no actions are required by The American Legion to accept Space Force servicemembers into the organization.

(From The American Legion Magazine)

Check out a unique look at Veterans Memorial Park in Ann Arbor, Michigan. Here is presented a "birdseye" view of the flag and flagpole that was installed last year. The project was financed by American Legion Post 46, Veterans of Foreign Wars Post 423, and the City of Ann Arbor Parks and Recreation Department.

Need food in these trying times. No one should go hungry. Click HERE to see a list of food pantries in Washtenaw County. This list is provided by Food Gatherers in Ann Arbor.

Law now requires the POW/MIA flag to be displayed whenever the American flag is displayed on prominent federal properties, including the White House, U.S. Capitol, World War II Memorial, Korean War Veterans Memorial, Vietnam Veterans Memorial, every national cemetery, the buildings containing the official offices of the Secretaries of State, Defense, and Veterans Affairs, Office of the Director of the Selective Service System, each major military installation, each Department of Veterans Affairs medical center, and each U.S. Postal Service post office.

7/23: The U.S. House passed the bipartisan LEGION Act on Tuesday, extending the recognized wartime era back to Dec. 7, 1941.

The LEGION Act — Let Everyone Get Involved in Opportunities for National Service Act — fills in the gaps of war eras and redefines The American Legion’s membership eligibility dates, beginning with the bombing of Pearl Harbor and continuing until it is determined the United States is no longer in a state of war.

President Trump is expected to sign Senate bill S.504 into law later this week. When it becomes law, the legislation opens the door for hundreds of thousands of veterans to access American Legion programs and benefits for which they previously had not been eligible.

We have been a little busier over the last few months with increasing events. We have donated to and held a food drive for Food Gatherers where we were able to collect many pounds of goods that will be distributed to the needy. Our Post continues to co-host the VRC, opening the post doors on Wednesdays and Saturdays to veterans who want to come out and socialize with other veterans, drink a little coffee, play some pool, and darts and watch football on a big-screen TV.

Over the coming months, we will also have been busy fielding calls for direction and support and booking many free rides for veterans within Washtenaw County through our Legion Free Ride program. We will also be providing scholarships to the University of Michigan ROTC cadets and midshipmen, financially supporting the Boys State program, sponsoring a Poppy Drive to raise money for an organization that helps veterans and their caregivers with PTSD, and sponsoring fifteen wreaths that will be placed on gravesites by us at Great Lakes National Cemetery during Wreaths Across America week.

We are always looking to find more ways to serve our veterans, active-duty military, and our local community. We hope you will feel inspired to join us and help us to serve. Recently passed legislation allows all honorably discharged veterans to join our organization- whether you served in a combat zone or were a desk clerk at a stateside base. You served a purpose and helped keep our Nation safe, no matter how large or small your part.

If you live in Southeastern Michigan, listen to Veterans Radio on WAAM 1600 On Your AM Dial or online Sundays at 17:00