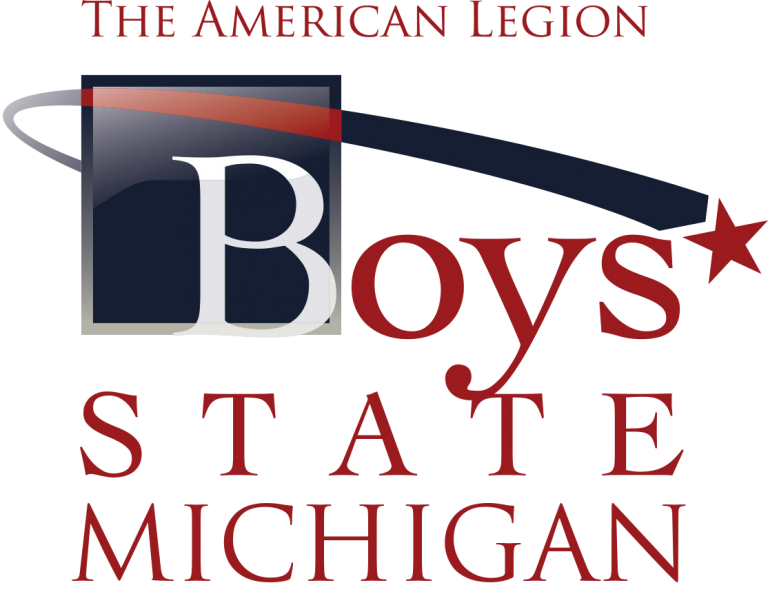 Boys State is an educational program sponsored by the American Legion Deprtments across the country to help young men learn about govenrment and how it works. Our motto is "Learn by Doing." The Boys State education staff's goal is to facilitate the learning process by giving the citizens of Boys State an opportunity to govern themselves, and to run their own state.

Delegates have the opportunity to learn more about their city, county, and state government in one week at Boys State than in an entire semester in a formal classroom setting. Boys Staters meet with elected and appoinnted officials to learn more about the duties and responsibilities of a variety of positions in government from people on the "inside." Additionally, in Boys State, each citizen has the opportunity to learn for himself that his government is just what he or she makes it.

Post 46 sponsors candidates for the annual Boys State program held on the Michigan State University campus each June. All high school counselors in the area receive information on this program early each year and for further information on how to apply for entrance in to the program through Post 46 please call (734) 663-3920.Cost to each student is $375. See scholarship and sponsorhip opportunities below.

Boys State is intended to give high school students, usually between their junior and senior year in school, an opportunity to see and participate in the working of government on a realistic basis. Many graduates of Boys State have gone on to successful careers in government and other diciplines aided in their life's work by being a part of this program.

The first half of their experience will expose them to the world of campaigning. No Democrats or Repjblicans here. . . it's the Nationalists vs. the Federalists. Candidates running for elected offices at the city, county, and state level go deep into the night making speeches in an attempt to energizetheir base and win the nomination for theirfor their party. Topics expressed range from security in schools, to immigration, universal health care, and much more.

When the dust has settled from the conventions, campaigns, and elections, Boys State is then governed for four days by its elected and appointed officials. They will find themseles performing the same functions as real office holders. Education and University Boards mjust make policies for their areas of responsibility. City Councils, county commissions and the state legislature must make ordinances and laws and policies are properly interpreted.

Samsung Boys State Scholorship (up to $20,000). Scholarship applications are restricted to high school juniors who attend the current session of Boys State and are a direct descendant- i.e. child, grandchild, great grandchild, etc.- or a legally adopted child of a wartime U.S. military veteran who served on active duty during at least oe of the periods of war officially designated as eligiblity date for American Legion membership.

See more by going to their website by clicking HERE.