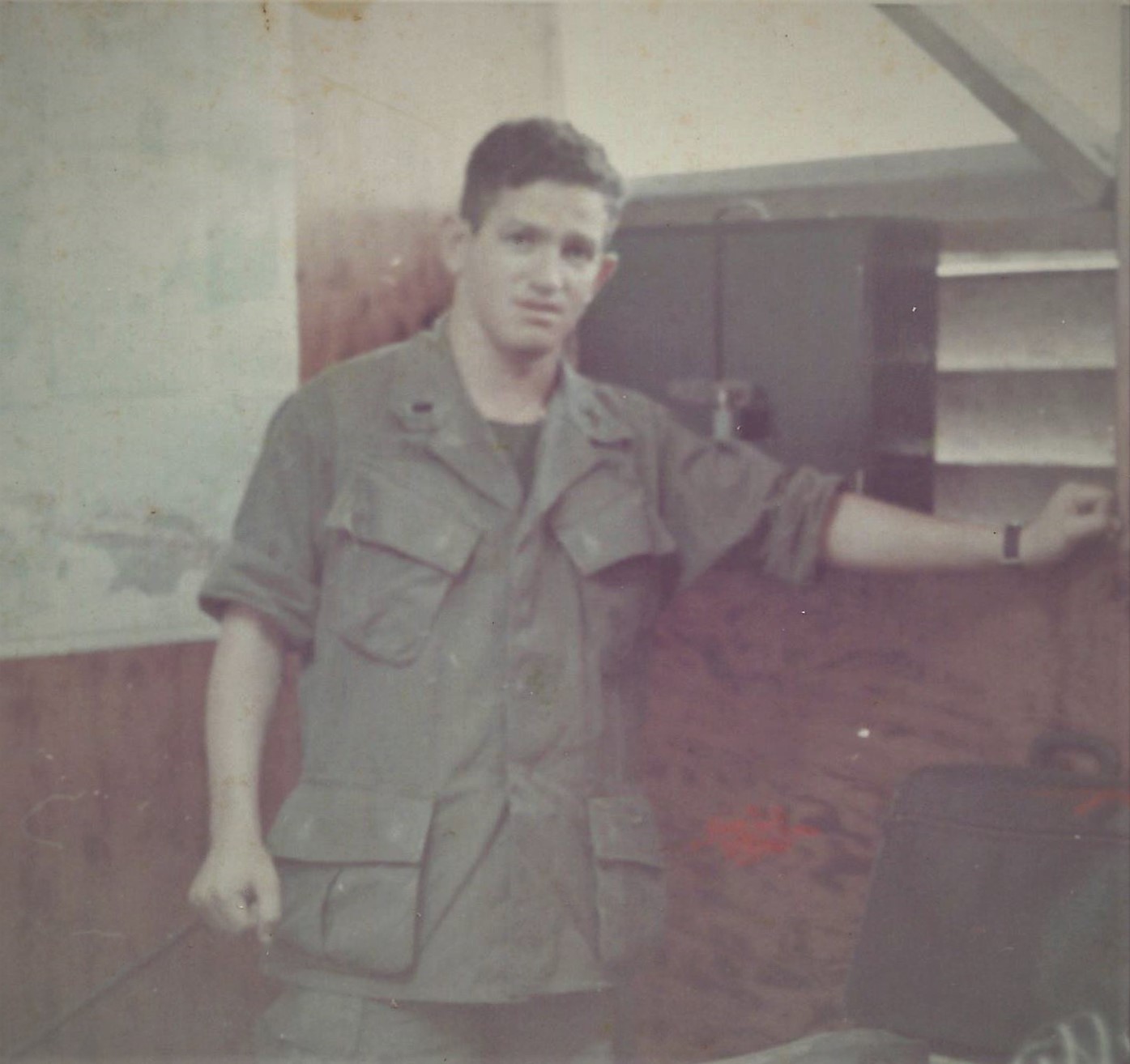 Before I went to the Army I was working as a Portuguese language teacher at the Defense Language Institute in Monterey, California. After receiving my draft notice I reported for Basic Training at Fort Gordon, Georgia in February of 1967. I then went for advanced training at Fort McClellan, Alabama, then I went to Fort Sill for Communications Officer’s Training. From there to Fort Benning, Georgia for Airborne training.

As an enlisted man, I specialized in chemical nuclear and biological warfare. As an officer, I was specialized in communications in an artillery battalion. My duties took me to Fort Hood, Texas, Fort Bragg, North Carolina. While in Vietnam I was stationed in Long Binh, Saigon, and An Khe.

After I separated from the service in April of 1970 I worked for Bank of America, as an interpreter in Central and South America, and worked as a word processing operator and translator. I currently just received my doctorate with an EdD from Northcentral University and hope to teach online.